This happens only in India

An funny email forward received from one of my friend.
Some unique things that only happens in India.. Just keep your logics at bay. 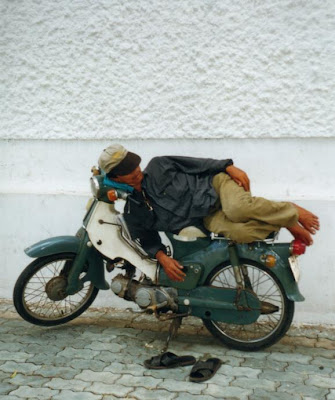 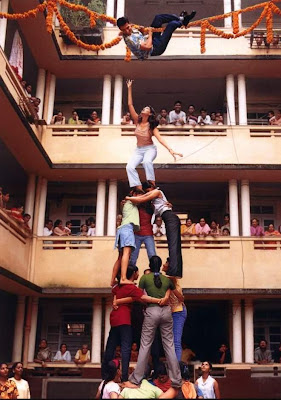 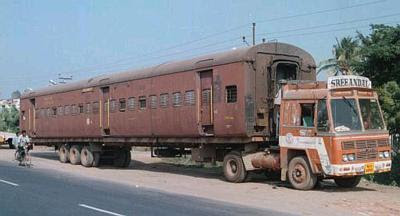 And you thought trains just runs on railroads.. See in in the roads 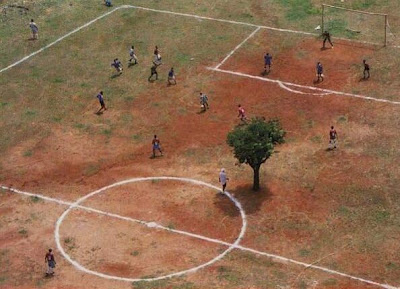 And you though each team have 11 players (see an additional player, the tree) 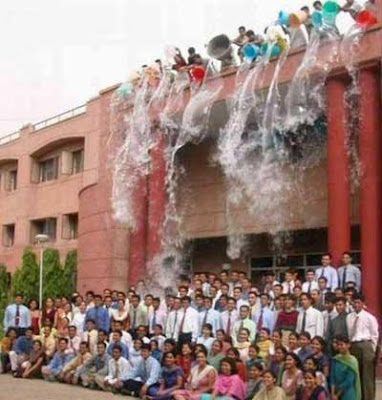 And you thought it was fun to have a farewell picture 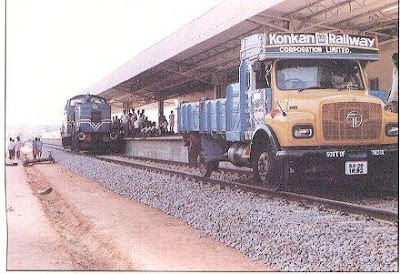 And you thought trucks just run on roads, see it in the rail tracks 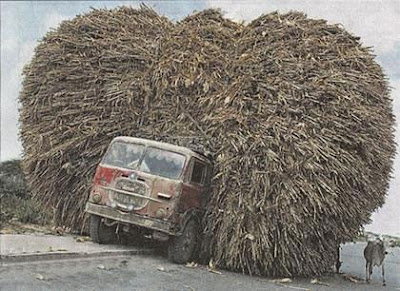 The designer never might have imagined this loading condition for the suspension (he did a good job, suspension still survives) 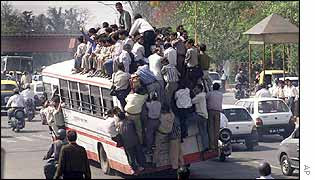 "The area north of the Arctic Circle has an estimated 90 billion barrels of recoverable oil, the US Geological Survey (USGS) has said.

Included in the Artic bonanza is 1,670 trillion cubic feet of natural gas and 44 billion barrels of natural gas liquids, the USGS said in a statement posted on its website.

The Arctic Circle is the name given to the region around the North Pole. It includes the Arctic Ocean, the northern parts of Europe, Asia, North America and the Russian Far East." 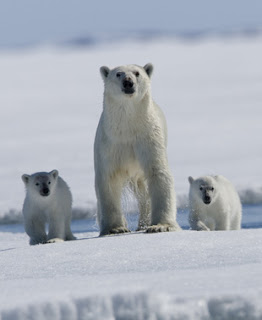 No wonder Russia has been making claims to all the resources in the Arctic region.

"Before we can make decisions about our future use of oil and gas and related decisions about protecting endangered species, native communities and the health of our planet, we need to know what's out there," said USGS director Mark Myers.

This is something which is very true in the current scenario. Global warming has already become a monster which is directly affecting the Arctic endangered species. The quest of energy hungry world should not cause additional irreversible damage to these ecosystem.
Posted by Atanu at 2:33 PM No comments: Links to this post

I went to Hyderabad some time back to meet my cousin who works there in an video gaming company. We went out for site seeing in the afternoon. This video was taken from one of the structures during the visit to Golconda Fort. Golconda Fort is located on the western outskirts of the city. It is known for the amazing acoustic system. During the course of the video you will be hearing sounds of hands clapping. This is part of the demonstration given by some of the guides on the acoustic system, where a simple clap at the entrance of the gate can be heard at other end on the top of the fort. At ancient times, this was used to communicate (and also send warning signals). Also at the entrance can be seen the famous "Rahban" cannon.

There is a sound and light show that happens in the evening at the fort, after sunset. We took some ice-cream and joined the show. It started raining after during the course of the show and we had to leave the show halfway.
Posted by Atanu at 8:47 PM No comments: Links to this post

This visit was done quite some time back, during my initial days in Bangalore. The office team went for an off-site, and as a part of it we had a stop over to see the Shivasamudram waterfalls. I was thrilled just at the first sight of this massive waterfalls (you know why by looking at the video).

The Shivasamudram waterfalls have twin jumps, Gaganachukki and Bharachukki one km away from each other. The one you see in the video is Gananachukki.

Shivasamudram is also famous for the first hydro electric station in India started in 1902. This was supplied by General Electric.

Shivasamudram is the second biggest waterfall in India and the sixteenth largest in the world.
Posted by Atanu at 8:55 PM 1 comment: Links to this post

Recently went to Mysore with my friends. We also took out some time to visit the zoo. My experience at the Mysore zoo was very satisfying. The zoo is well maintained (its really crowded though, a -ve) with most of the common animals found there.

Most of the animals were kept in a environment closest to its possible natural habitat. The zoo had sufficient space, and they had the luxury to give enough to the animals. One of the main attraction, the Giraffe, is kept at the entry to the zoo which welcomes the public.

The above video was captured when two zebras were in their playful mood. It was satisfying to see the animals having fun even in their captivity. It looked like they were just kids who wanted to go out and have fun.

Taken from an email forward received from my friend. Its interesting to see the quality of news that is broadcasted by some of the Indian news channel :o) 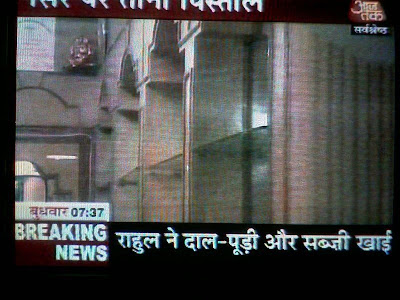 News about the food menu of an Indian politician (Daal, Puri). Who cares what they eat. 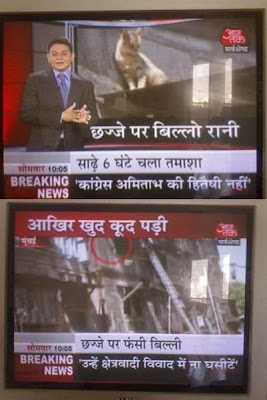 News about a cat getting trapped and finally saving itself. What the hell, there are peoples dying. 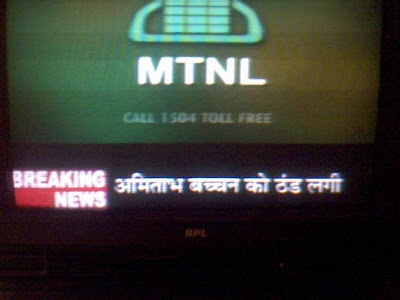 An movie star got cold. For gods sake cold happens to every other person in the street. Tell me when he gets something bigger (God forbidden it should never happen). 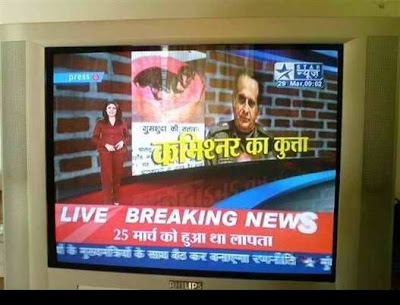 The dog of police commissioner got lost. Well this is extreme
Posted by Atanu at 2:19 PM No comments: Links to this post

The rise of the prince Rafa

The reign of king of tennis Roger Federer (FedEX) seems ending with the arrival of the prince at centre court in Wimbledon, Rafael Nadal. Rafa yesterday defeated FedEX in an epic five setter (6-4/6-4/6-7/6-7/9-7) and stopped Federer to enter into the history book. I have previously discussed in my blog about how Federer is loosing grounds, and how I do not support peoples opinion on the end of Federer. I still stand by it. A player of the class of Federer won't fade away so soon. Its time before he reinvest himself and come back fighting vigorously. 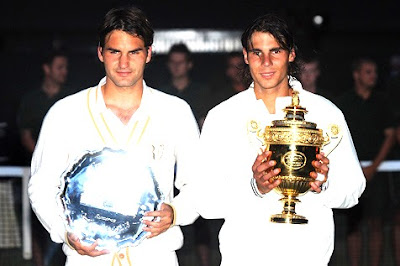 This win is a special one for Rafael, not because he won Wimbledon, but he has proven to the world that he is not just the clay guy. He has ruled clay court as did Federer on grass. So it will be interesting in the coming months to see how this FedEx-Rafa rivalry takes shape with Rafa catching up fast on Federer (or shall I say he is already starting to overtake).

Now it will be more fun to keep track of the coming grand slam and masters tennis championships.
Posted by Atanu at 1:17 AM No comments: Links to this post

This is something I read somewhere a long time ago and noted down in my diary during my engineering grad school. I am sorry for not providing the original reference, I don't have it. 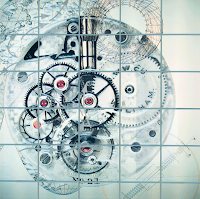 "While Science has not yet completely explained the actual mechanism of fatigue, the Engineer must still design things that does not fail.

In a sense this is a classic example of the meaning of Engineering as contrasted with Science. Engineers use science to solve their problem if the Science is available. But available or NOT, the problem must be solved, and whatever form the solution takes place under this conditions is called Engineering"

Posted by Atanu at 12:22 AM No comments: Links to this post

Faculty quota in IIT's: Are we crossing limits...

"Buoyed by its success in pushing through a quota for OBC students in higher education, the government has now ordered IITs to introduce - with "immediate effect" - quotas in the teaching faculty for scheduled castes, scheduled tribes and OBCs."

When I read this news, I was really disappointed. I feel its okay (though i do not support) with people getting a chance to get educated even if they did not had the merit for that, but teaching without merit, UNACCEPTABLE. By that was you are even ruining the students with merit and with a passion to learn.

I am not against SC, ST or OBC (I am an OBC). I know if they deserve it, they will get it. Though we sometimes need to give opportunities to peoples, the opportunity should not be to ruin someone else. I think teaching is a role with great responsibility, dignity and respect; and at a premier institute like IIT, only the deserved ones should get a chance.

IPL was the big hyped T20 club cricket tournament that recently concluded in India. Beyond the entertainment it provided, did it do any good for Indian cricket?

Though at first sight it looked like an entertainment show only (involving big movie stars), and it hardly benifited Indian cricket. But to be honest, I have seen improved form of lot of our cricketers after playing in IPL which makes me happpy. The beauty of IPL was that lot's of young Indian players got a chance to play with international star's. The pressure level that comes with International cricket was also missing from IPL, and cricketers got a chance to take more risks and succeed. The Indian team selectors also identified a big pool of talented bench strength, who looked ready to perform in international level. Well time will tell how these guy's go ahead and perform in future. 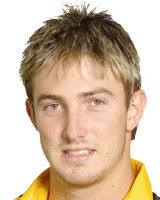 Most of the Indian current players regained their form in a big way which they are continuing in the Bangladesh tour and current Asia Cup in Pakistan. Gambhir, Sehwag looks like they are in best of their form. Dhoni, Yuvraj, Suresh Raina and Rohit Sharma also looks good. So though many may not like the glitters and "Masala" of the IPL, they should be happy to see the revival of form of the players.

It also impacted career of many International players. Shane Watson and Shaun Marsh, two of the starts of the IPL was called to join the Australian national team, and they are doing wonders.
Same applies to Brendon McCullum of New Zealand.

IPL is here to stay for a longer term, and hopefully it will keep benefiting our cricket; in addition to providing entertainment to the nation and money to our cricketers.
Posted by Atanu at 1:47 AM No comments: Links to this post